Sri Padmapadacharya is the name by which the first among the four principal disciples of Sri Shankara Bhagavatpada is oft referred to. As a young bright brahmachari with a burning desire for liberation from transmigration, He reverentially approached Sri Bhagavatpada, then in Kasi, and beseeched Him to impart the knowledge of the Supreme. Sri Shankara initiated Him into samnyasa and gave Him the monastic name, Sanandana. Sri Sanandanacharya stands lofty as a legend personifying implicit devotion to one’s guru. Once in Kashi, Sri Shankara called out to Him who was on the farther shores of the Ganga. With the firm conviction that his Guru’s command must be obeyed forthwith, notwithstanding the intervening deep river, Sri Sanandana simply walked into it. Such was the impact of his devotion that there cropped up in the Ganga a padma or lotus from below each of his padas or footsteps, thus facilitating his approaching his Guru. Hence his name Padmapada. Sri Padmapadacharya was among the pupils to whom Sri Shankara personally taught His bhashyas on the Bhagavad-gita, upanishads and Brahma-sutras. Further, Sri Shankara Himself deemed it meet to direct Sri Padmapada to pen a gloss on His Brahma-sutra-bhashya. Only a small part of that great work is believed to be surviving now. Though it goes by the name Panchapadika, essentially a detailed gloss on the first four of the Brahma-sutras is now in currency. His authorship extends to commentaries on Sri Shankara's Prapancha-sara and Atma-bodha besides two independent works Svarupanubhava and Shiva-panchakshari-bhashya. Sri Padmapada was appointed by Sri Shankara as the first head of the Govardhan Peeth at Puri in Orissa, an eastern state of India. It is one of the four Amnaya-peethas, cardinal seats of vedic learning, founded by Sri Shankara Bhagavatpada. 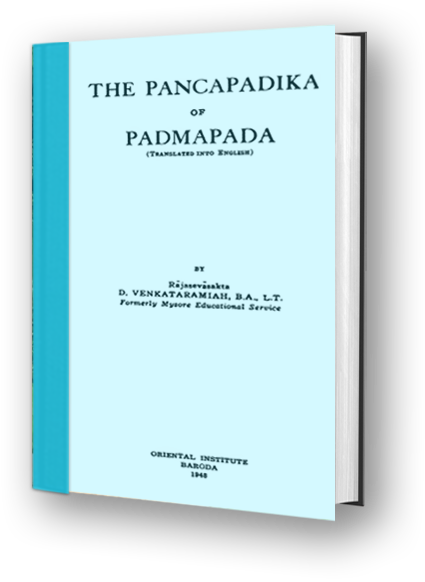 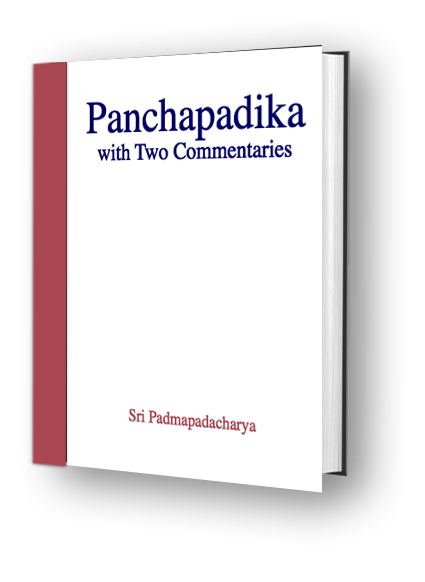