Sri Chandrashekara Bharathi Mahaswamiji was the 34th Jagadguru Shankaracharya of Sringeri Sri Sharada Peetham. He was a Brahma-nishtha, one firmly established in the Supreme Brahman and a Jivanmukta, one liberated even when alive. Born on 16 October, 1892 in Sringeri, He was named Narasimha Sastry. He was an antarmukhi, or introvert, by birth; distractions and desires were alien to him. His upanayana, investiture with the sacred thread, was performed when he was eight. Even as a brahmachari, he was given to chanting Mooka-panchashati; his absorption in it was so total that walking in the streets of the Sringeri town, He would overshoot His destination by a long mile before becoming aware of having done so. He completed His school education from the local school up to lower secondary, equivalently Grade 7 with flying colours. He furthered his studies in the Sadvidya Sanjeevini Mahapathashala at the Sharada Peetham, focussing on Sanskrit. Exceptionally brilliant, He consistently graduated two grades every year. He was deeply devoted to His Holiness Sacchitananda Sivabhinava Narasimha Bharati Mahaswamiji, the then and 33rd Acharya of Sringeri Sri Sharada Peetham. His guru blessed Him and sent Him to Bharatiya Grivana Proudha Vidyabhivardhini Patashala at Sri Sringeri Shankara Math, Bengaluru, for pursuing advanced studies in the Mimamsa Sastra. Upon being identified by his guru as His successor-designate to the Sringeri Sharada Peetham, He was brought to Sringeri from Bengaluru and initiated into samnyasa on 7 April, 1912 with the monastic name Chandrasekhara Bharati. He quickly mastered tarka and vedanta sastras, studying them in parallel. The young Acharya captivated everyone with his spiritual excellence, matchless erudition, complete freedom from egoism and immense compassion. His first pontifical tour (1924-27) covered the states of Karnataka, Tamil Nadu and Kerala. The second one (1938) was to Kalady in Kerala. What He was to others is best described in the words of His disciple, His Holiness Sri Abhinava Vidyatheertha Mahaswamiji, the 35th Jagadguru Shankaracharya of Sringeri Sharada Peetham, whom He initiated into samnyasa in May 1931, thus – “My guru eradicated the suffering of the distressed, imparted knowledge to the seeker of knowledge, graced the seeker of wealth with affluence and when it came to a knower of the Truth, He considered him as His own. There was no distinction at all between the knower of the Truth and Himself as far as He was concerned. His knowledge, qualities, such as mind control, establishment in the Atman and compassion to beings serve as ideals. He led His life in such a way that there accrued the welfare of the world. I extol Sri Chandrasekhara Bharathi who is ever immersed in the contemplation of the Atman, is withdrawn from sense objects and is well-versed in the sastras.” On Sri Shankara’s Viveka-chudamani, Sri Chandrashekara Bharathi Mahaswamiji has penned a lucid commentary, which is, at once, a treat for scholars and a treasure for spiritual aspirants. A matchless scholar, He composed beautiful verses and sang hymns extempore.Some of His compositions have been compiled into Gururaja-sukti-malika. It is horripilating to note that in His Sri-Sharada-stuti-manjari, He recounts His having been the recipient of spiritual guidance from Mother Sharada Herself: “Earlier, I beheld Sharadamba in a dream as coming to my abode adorned with earrings and with a joyful face. At all times, the Goddess has, with great compassion, again and again called me, uttering my name, and made known everything to me." Since 1945, He started to remain in seclusion for varied durations – sometimes for months on end – withdrawing from all activities. He shed His mortal coil on 26 September, 1954 at Sringeri. 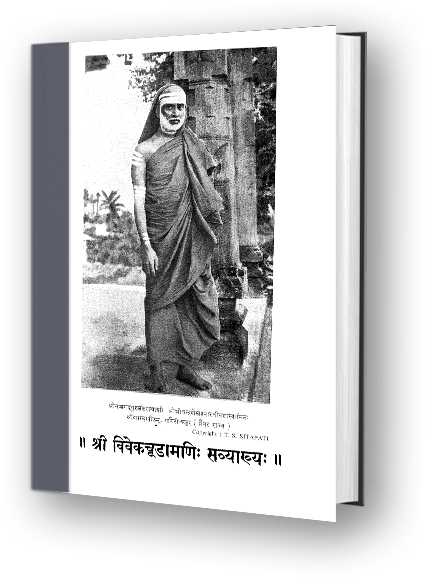 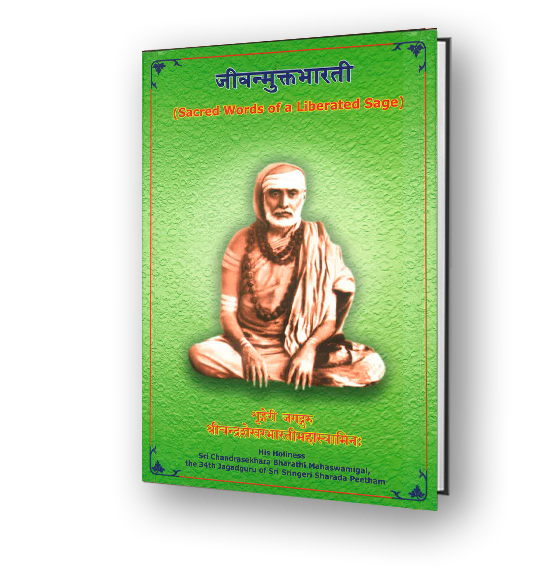 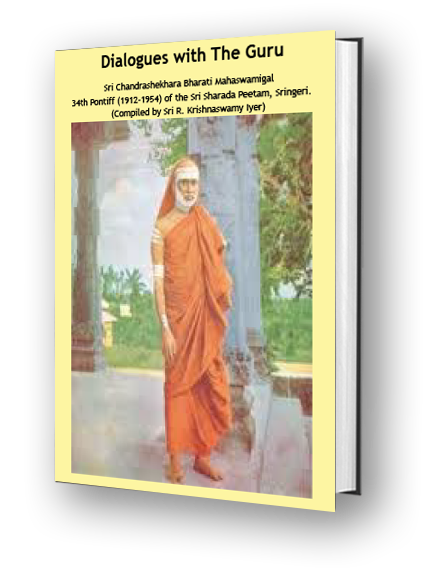 Dialogues with the Guru 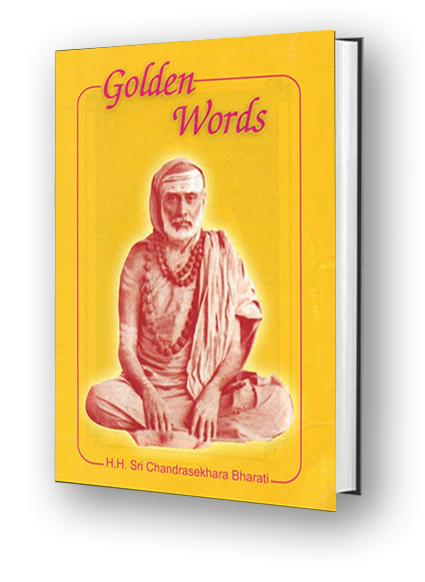 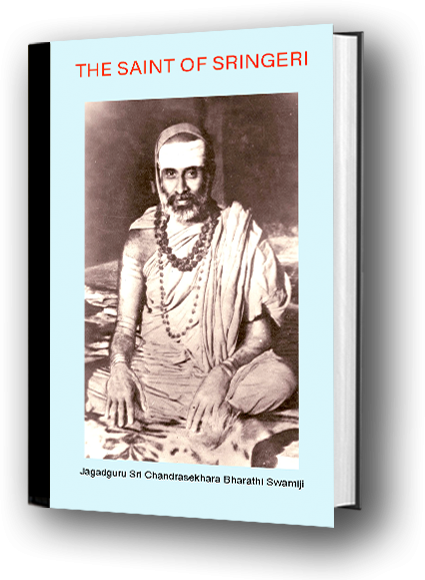 The Saint of Sringeri